Written by Jeppe Lindskov and Mads Riddersholm – The following is an excerpt from our bachelor degree thesis that was brought in the A Sound Effect blog on August 5. 2020. Find the article here. 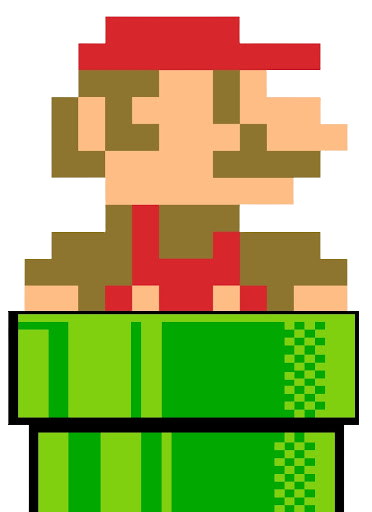 In the last year of our bachelor’s degree, we were both working full time at different game developers in Copenhagen. We started as interns, but we were responsible for most/all audio-related work at these studios. Without previous experience working in the industry, we quickly realized the importance of pipeline development. If you are not thinking carefully about your workflow, how you organize your project, and what tools you need, it will slow progress and cause problems during production. Even in small studios working on small games.

But how should we learn the forbidden arts of game audio pipeline development? The College we attended didn’t provide us with much knowledge on the subject, and while a lot of available information can be found on how to make sound design for video games, not much can be found on the subject of creating an efficient workflow and pipelines.

After a lot of research on the subject, we decided that we wanted to write our own guide on game audio pipeline development. We then managed to get in contact with some of the best and most experienced audio directors and audio professionals in the industry. The thesis is based on the information they provided us, combined with our own experience and curiosity.

In this article, we want to highlight parts of the thesis that we believe can help new people in the industry as well as those trying to find their way into it.

But what is a pipeline? In its most basic form, a pipeline is a chain of processes. The chain is arranged so that the output of each element is fed straight into the input of the next. Much like a real physical transport pipeline.

This model is very simplified. But the fundamental idea is: Create a pipeline which is as frictionless as possible. In return, the pipeline will provide the sound designer with the best possible creative environment — from asset creation, to implementation, to iteration, to finished product.

The production of a video game starts with pre-production. This is the initial phase where the team will come together and scope, plan, and conceptualize the project. This is done to prove out pipelines, team dynamics and metrics.

Pre-production usually ends with a demo or prototype of the game. This is also the phase in which you want to include the audio department and start developing a game audio pipeline.

Unfortunately, there is a tendency at some game developers to think of audio as part of post-production. This might be because of economy, lack of experience, or an old echo from film production. No matter the reason, excluding audio from pre-production is going to have consequences for the production and the final product.

There are three major reasons to include the sound designers from day one:

1. Having sound designers join early makes it possible to define an audio identity for the game. An audio identity is usually designed on multiple factors, like the vision of the game, the concept art and genre. This also goes the other way around. If the concept artist has access to ambience tracks and/or music it will help them build a stronger and more thorough visual identity for the game. Worst-case scenario is the audio identity being defined by somebody other than the audio department. This is likely to create problems down the road.

2. When having sound designers join the pre-production, they are not only there to talk audio. Being an audio specialist, working with video games makes you an expert in making games. Not only are you developing games, you are also passionate about games. Your opinion about anything in a feature is valid. Every person in pre-production is there to understand and reinforce the vision and to share their experiences for the sake of the game.

3. Creating a pipeline is a planning process. Deciding on every aspect as early as possible is going to save time and make the process of creating a video game more transparent for everybody involved. Having the audio pipeline thought through, laid out, and proven at the beginning of a project provides higher planning stability and a more reliable schedule without last-minute surprises. It also gives audio design and audio technology the time to build a trustworthy collaboration.

A very important technical aspect of creating a good pipeline is the creation of tools for the sound designer to use. Tools do not necessarily have to belong in the game engine. Many tools are developed for other parts of the game audio pipeline, like exporting and importing tools between DAW and Middleware.

In a way, a tool can be seen as the thing in a pipeline that makes it run smoothly from concept to implementation. The main point is to facilitate the flow from what is in the sound designers head all the way to what the player experiences in the game.

The amount and types of tools needed are different, depending on the game and the studio. Tools can be shared across multiple projects, especially if the same Middleware and game engine is being used. But it is important to constantly review and evaluate which tools are needed and how to improve on existing tools. The idea is to always be aware of what works and what doesn’t. If the need for a new tool arises, it gets added to the technical backlog and prioritized depending on how urgent it is. This way a company can be aware of what problems lie ahead and be able to react in time.